Following is the eleventh blog in Kent’s twelve-part series to share with you what influenced him to write each song on our debut CD Something on the Way. A subset of the lyrics to “We Are The Watchdogs” is in italics below. The full lyrics are available under the Music tab, Lyrics category, by song title. 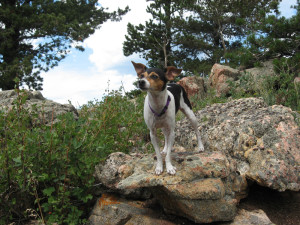 This song developed from a sincere desire to write a song with a cowbell in it, so Kevin could wear his “More Cowbell!” shirt. So from that quarter-note cowbell beat the main riff came out and was reminiscent of early Rush and Led Zeppelin. I had a lot of fun layering the guitar tracks. Alternating between the Schechter and Les Paul guitars, JP (our engineer and producer) and I also played with the Marshall half-stack, rotating between the Marshall 100w head and an Egnator head. The song is played in the E position but I tuned down to Eb to give it more of a lower throbbing feel to go with the lyrics.

The song lyrics deal with what I see as complete journalistic malpractice on the part of the media. The 1st Amendment of the Constitution specifically disallows Congress from making any laws “abridging the freedom of speech, or of the press,”.  The media are supposed to be watchdogs to hold the government accountable and report the facts of a situation.  The definition of journalism is “writing characterized by a direct presentation of facts or description of events without an attempt at interpretation.”  Unfortunately, many of these “reporters” have become shills.  There seems to be a symbiotic relationship between big government and big media that makes news reporting more like propaganda than journalism. As a result of their dereliction of duty, it is up to us to become our own watchdogs and sift through the information to try and divine the truth. It is sung in a lower register and doubled to give the narrator the feeling of being fed up with this lack of responsibility, politics in general, congressional malfeasance, and the absence of appropriate investigative reporting:

I can’t think about it, this politics of change
Makes me laugh to find it always will remain the same
Yeah
The seasons change around me with no affect from man
It happens naturally and next year it will happen again
Yeah

The chorus kicks in with the atonal G chord (which isn’t naturally in the key of E) but it gives it the feel of a lazy stretch, not quite getting to the G#m that should be in the key. The lyrics are stating how the media seems to be missing that many Americans are becoming increasingly discontent:

The second group of verses carry on the theme, dealing with the lack of reporting on the effect of piling on massive debt in the name of “stimulus” and a “journalist” fawning over a presidential candidate:

Another Pork-a-looza, when will it ever end?
The waste would shame our Fathers, that money isn’t yours to spend
Yeah
The empty suit on my screen with thrills running up his leg
Big money owns his network so news is propaganda instead
Yeah

The bridge kicks off with a change in the rhythm of the A chord along with a harmonized vocal outlining the absurdity of the media obsession with the president’s new dog while major problems are going on, along with a reference to the Soviet Union’s state run newspaper Pravda (translated means “Truth”):

And don’t you know that we don’t care about POTUS’ new dog
Where’s the watchdog watching for us?
We want the truth and not Pravda
Oh the writing’s on the wall

The end of the bridge was a spur of the moment Steven Tyler-esque ad lib leading to the guitars dropping out and only the bass and drums thumping forward. The double guitar solo starts with the guitars trading off and then they merge into competing riffs until both are going off on their own tangents. Part of this is that I couldn’t decide which one I liked best so I used both! It kind of adds to the frustration-theme of the song, building up to the final chorus. The phrase of the chorus is finally resolved with the addition of the last line that is missing from the previous choruses:

Finally one last growl of protest and a guitar riff playing two octaves above the main riff finishes off the song. There is just something that I love about heavy, but melodic, multi-layered guitar songs that make you get up and stomp your feet! (Or bang your head…)