Following is the third blog in Kent’s twelve-part series to share with you what influenced him to write each song on our debut CD Something on the Way. A subset of the lyrics to “True Hope” is in italics below. The full lyrics are available under the Music tab, Lyrics category, by song title.

The most important theme of “True Hope” is the concept that no matter what is going on in your life you are never alone. The concept hinges on an introspection of a strong reliance on God, Spirit, Higher Self, Angels or whatever term resonates with you. The idea that even when you are physically alone without other people around you, that you are not alone, because you are always connected to that source.

I wrote the intro to this song but was stuck for nearly a year until I asked where it needed to go from there. Out of the blue came the cool minor chord progression that became the verse melody. This created the tension I wanted to have a sense of struggle in the verses but only for a short period then it is immediately washed away by the power of the chorus. The song is dominated by the positive message of the choruses.

Love, things are not what they seem
There’s always a storm ahead, hold onto love
Hope, have faith in what you dream
The storm’s just a passing thread, hold onto hope

The chorus is a reminder that the obstacles that appear insurmountable are an illusion and we can all work through them by shifting our consciousness to something greater than ourselves. We don’t need someone else to “save” us, the resolution is within ourselves. As we go within for support and answers we find that we are surrounded by supportive source energy that is simply waiting for us to ask. 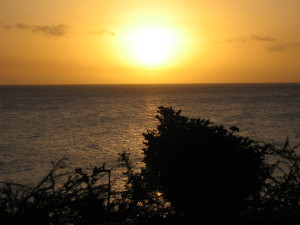