In a previous blog I explained charting and how the basic 12-bar blues guitar progression relates to pop and rock music. In this blog, I will delve into some of the basic principles that I apply when creating an overall song structure.

VCVCBC
The general framework for pop/rock songs is:

Mix it Up
There are countless ways you can mix up this structure depending on what you desire to achieve or highlight.  If you have a really catchy chorus you may want to lead with the chorus instead of a verse. The Beatles were well known for this technique of leading with a chorus.  “She Loves You” is an example.

My Process
When I get an idea for a song in my head, many times it is just a song fragment—either a verse idea or a chorus. Once I have the key and the progression for the fragment figured out, I will look to expand the structure around it. Many songs on our debut CD Something on the Way also have what I call a pre-chorus (I have also heard it called a channel).  A “pre-chorus” is a chord change (typically outside of the I / IV / V) that sets the stage for the chorus. An example is “Going to Colorado” where the verse is just alternating between the I chord (D) and the IV chord (G), then the pre-chorus comes in with the VI (Bm) to the IV (G) and finally finishes with the V (A) to resolve into the chorus. Sometimes the chorus may be the same as the verse, but in this case I reversed it to set it apart and the chorus alternates between the IV (G) and I (D) before ending with the V (A). 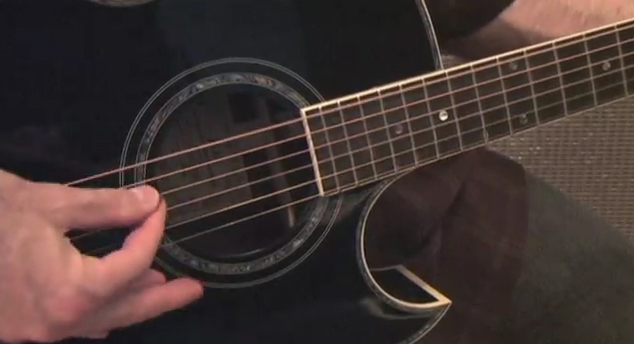 Chord Tricks
One other trick for differentiating your chorus from your verse, if you want to keep the same chords, is to shorten the chord changes. If your verse is 2 measures per chord, then make the chorus 1 measure per chord so the progression is played more quickly.

Simplicity
Sometimes simplicity is just fine, too. “Let’s Go” is an example of a song with the same three chords and the same progression through almost the entire song. The progression is D-A-G (I / V / IV), so it just switches the order of the I / IV / V). In this case I distinguished the verse and chorus rhythmically rather than tonically, with Kevin changing from a “ska” feel during the verse to a straight ahead rock feel during the chorus. The only change is during the appended chorus “So let’s go…” where I added an Em (II) to loosen it up.

Dark and Moody
Minor chords are darker sounding than major chords in general so they are good for sad songs. However, they can also be great to add tension and dynamics to a major key. One invaluable tool that I use quite often when I’m trying to write outside the box is “The Chord Wheel”. This gives you the variations of the chords at a glance within any key. One thing you will notice is that no matter what key you are in, the II, III and VI chords in a major key are minor. This gives you a cool palette of different tones to add tension or build-up in parts of your songs. I will use these a lot in pre-choruses and bridges when I want to jump out of the expected pattern. Lately I have been using them a lot in the main parts of songs. “Through the Eyes of God” (in the key of G) is an example where I start the verse with the VI (Em) which adds to the melancholy feel of the verse without being too dark. In the chorus I go from the I (G) to the IV (C ) but instead of resolving to the V (D) I used the II (Am) because that is where the vocal melody was leading and it added a powerful tension to it.

Basics are Key
There are many combinations to explore, once you understand basic song structure.  Once you’ve mastered the basics, you can stretch it and work outside the box to create a cool, new song that resonates with your fans.