While the fabled singing grasshopper of “The Ant and the Grasshopper” fame wasn’t described in a very positive light, working musicians incorporate both the carefree attitude of the grasshopper with the work ethic of the ant to achieve success.

Due to the launch of another business entity, we have had to step back from our music for a while this year. Kent is still writing music—a songwriter can’t stop writing! But we won’t be able to schedule as many performances this year in comparison to 2012. We are thrilled when a fan asks when they can hear our new music. Last year, we were gratified to be able to share our new music with you through our on-line concerts. Our intent is to share more of our music again this year through the StageIt venue, presently targeting our first show in the May timeframe. We also have plans to release another CD, but that will be down the road a bit.

As the non-songwriting half of the Eclectic Verve duo, I had NO IDEA how much work was involved in bringing a song to fruition from concept to mastered track. Artists can spend days, weeks, or sometimes even years pondering a concept, song start, or lyric fragment before the tiny pieces coalesce into a song you or I would want to spend time listening to.

Full-time musicians obviously create new music faster than someone like Kent who works full-time in an office in addition to his work in our small business. However, even an efficient musician requires significant time to create quality. I’m amazed at how hard some musicians are willing to work when I think about the early years of the band Rush—one of Kent’s musical influences. Those guys worked really hard to create a following. For their first album, before they were assigned to a record label, they would play a show until the venue closed and then go into the recording studio for several hours to record their album because the fees were cheaper. They had to continue this process of working and recording in the off-hours until the album was mastered, which can take a long time. Rush has released an album nearly every year since they formed the band in 1974. Amazingly, they released two albums in several of the early years when they were just starting out. This would be a feat today, but think about the technological advances in the last forty years! Recording is still expensive, time consuming, and requires a lot of equipment, but with current software technology and enhancements, all of those aspects are dramatically easier for today’s musician. However, the actual CRAFT of making music—writing good lyrics, charting interesting guitar riffs, etc.—is still a long process. Today’s tools can help make your lyrics better, produce a better sound, or even tweak your vocals to perfect pitch, but the creation process cannot be fully replaced by a computer (thankfully!). Songwriting requires a lot of creativity, patience, effort, practice, and experimentation. 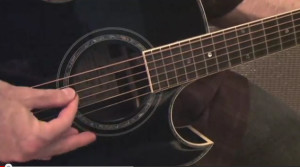 An outsider might see the “tortured artist” strumming his guitar or singing the blues for a small audience and make assumptions that s/he is a slacker. Some are slackers of course, but the vast majority of the musicians we have had the pleasure of meeting over the last few years are working their tails off—for very little monetary return on investment. Many musicians work “day jobs” to pay for their true passion which is writing and performing music. These musicians don’t just have a simple 40 hr/wk office job. They have to write music, practice, promote themselves, and gig (perform) nights and weekends. These musicians make a lot of personal sacrifices to bring their music to an audience, and most indie musicians never experience a level of monetary success that allows music to be their full-time profession. However, indies are still creating a lot of great music.

Check out indie-geared sites like CD Baby to find artists that you’ll never hear on the radio and you might find some new favorite tunes. Instead of bemoaning the fact that you can’t afford to attend the big-named band concert playing at your local arena this summer, check out the local, indie music scene. Many local bands can be enjoyed for the cost of a beer several nights each week.