Kent and I were recently in the studio recording new music and I was reminded of concert experiences when I was younger. I used to get really frustrated when I’d attend a concert of a favorite band or musician and be disappointed to hear their live rendition of a song that I knew every intonation and melody from memory. In fact, some performers disappointed me so greatly by their inability to imitate the recorded version of their music that my favor waned for their music as a result of my attending a concert. 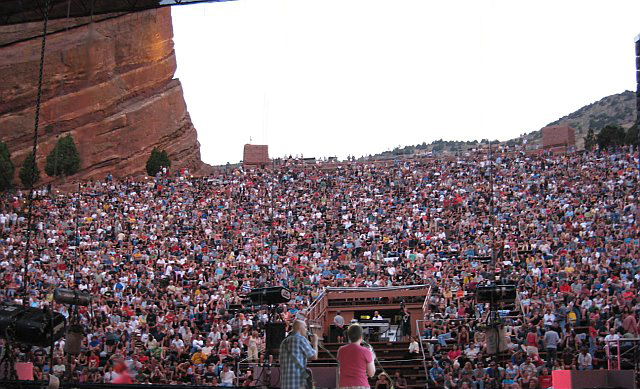 Before I understood the technical issues associated with replicating recorded music in a live venue, I was unforgiving in my expectations of the performer(s). Now that we’ve recorded an album with a professional studio and regularly record new music in our home studio, I have a better understanding regarding why the song you just downloaded from iTunes will probably not sound the same when the musician(s) perform(s) the music in a live venue. Today’s digital and computer technology enables artists to more closely replicate recorded music at live concerts, but, for complex recordings, it is still difficult to create an exact replica.

Why Is Imitation So Difficult?

The reason for the difficulty boils down to one word: layers.

To create the full-sounding music we have come to expect, musicians create numerous strata of music. A singer might sing four-part harmony with himself to increase the listener’s enjoyment. A guitar player might record seven guitar tracks using 5 different guitars to provide a robust musical experience.

However, when the three-member band performs live, they have some decisions to make regarding their performance.

However, adding more individuals adds complexity that most bands 1) don’t desire to fund, and 2) don’t want to risk a potentially bad concert if the the various layers get out of sync. Thus, it’s easier and safer to play a live concert with less of the fullness of a recording. Many times fans don’t notice, because the concert is LOUD, which makes up for the lack of multi-layered tracks.

In addition to fewer vocal and instrument tracks in a live performance, sometimes the performers intentionally change the way they perform the song because they’re tired of playing the song the exact way it was recorded. We’ve heard more than once a singer/songwriter lamenting that they hated playing a “hit” song. Especially over and over, year after year.

Maybe you have always been more forgiving than I used to be. If so, you’re a better fan than I was. If you’re more like me, I ask you to consider a different perspective the next time you attend a live concert. Instead of expecting an exact replica of your CD or download, marvel at the creativity the musicians have brought to the venue to entertain you. And of course enjoy the show!