Following is the eighth blog in Kent’s twelve-part series to share with you what influenced him to write each song on our debut CD Something on the Way. A subset of the lyrics to “Let’s Go” is in italics below. The full lyrics are available under the Music tab, Lyrics category, by song title. 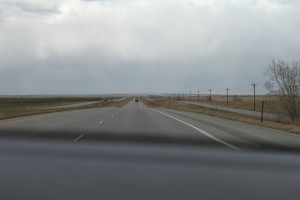 “Let’s Go” was one of those inspirations that happens every now and then when a song basically writes itself. In 30 minutes I had the structure and a good portion of scratch lyrics all completed. The intro was a fun little counter-melody that Carl and I played on a whim but we kept it because it helped set up the ska feel for the beginning of the song. Musically the song is simple in that it is primarily 3 chords in the same progression throughout the entire song. Even though they are the same chords, in order to differentiate the verses and choruses I continued the ska feel for the verse, which creates anticipation for the next part.

The lyrics are all about coming home and realizing your partner needs a break and so you decide to get ready to hit the road:

Then the song rolls into the straight-time “driving” feel of a car rolling down the road. I was picturing leaning back in the seat with your eyes closed (the passenger of course!) and the wind in your hair, the sun on your face and all the stresses fade on the road behind you. Cindy doubled the vocal line to make the chorus bigger and stronger. When I was singing the scratch vocals I kept coming up with an “ay” sound on the end of the first line along with a three syllable rhythm. Eventually I started saying Cabriolet because I knew it was a car but I didn’t know at first that it was a convertible. Once I learned that it was a convertible, the term had to stay.  I took artistic license to make it fit and sung it with 3 syllables instead of the proper 4 syllables:

So throw off the top on the Cabriolet
Now you’re free as the wind
Your soul opens up, the sunlight on your face
Yeah we’ll drive into the day

To add to the urgency to get moving there is a brief pause right after singing “let’s go” as well as an added E minor chord to change the pattern a little:

So let’s go, let’s go
Yeah there’s something on the way

The phaser-soaked guitar solo is very free-form and loose. After practicing a few times I got in the groove and laid it down in one take. I tried to polish it a few times but it never came off as naturally as the first take so I kept it and punched in the last part over the chorus to blend it better. This solo will probably be different every time I play it live. But that fits the theme of letting all cares and structure melt away, just like the last line in the song:

Now it’s time to run away