In musician circles, trade magazines, and the blogs of Performing Rights Organizations (e.g., ASCAP, BMI, SESAC) many opine regarding the increased difficulty of earning money and making a living as a singer/songwriter. One of the aspects typically discussed is the impact of illegal uses of music.

Being a relative newcomer to the music industry, my perspective on this topic probably is not as “black and white” (absolute wrong and right) as someone who lobbies for the rights of musicians on a daily basis, but I definitely have changed my perspective in the last two years. I have absolutely no tolerance for an individual or company that flagrantly listens to or uses music illegally. However, I do have some compassion for individuals and companies that just don’t realize they are committing a crime.

From my perspective, there are three basic groups that use music illegally, (without properly compensating the individuals and companies that are due royalties):

1) Flagrant Royalty Dodgers – This group is made up of people who “should know better”, probably “DO know better”, and are taking a calculated risk that they won’t get caught. An example of a flagrant miscreant is a company that uses a song in their television commercial without asking permission or compensating copyright holder(s) for the use of the song. I was demoralized to read an article where Bono from U2 and other musicians with deep legal pockets were quoted regarding the prolific misuse of their music. If Bono and other chart-toppers have trouble receiving proper compensation, indie musicians definitely have an uphill battle. 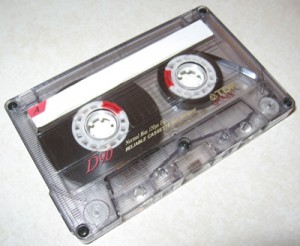 2) Mixtape Makers – This second group may realize they’re doing something wrong, but I’m more inclined to believe they do not realize the error of their ways. Before CDs, internet radio, and iTunes most of us received music from the record store or from AM/FM radio. Prior to iPod playlists we had “mixtapes”. For those of you younger than myself, an explanation: A “mixtape” is a collection of songs recorded on a cassette tape either off the radio or by borrowing the records, tapes, or CDs of friends and making an illegal copy of the recording. Today’s “Mixtape Makers” are individuals who download music from pirate sites, or rip a friend’s CD to their laptop to use on an iPod. I have always been someone who “follows the rules”, so the fact that I listened to mixtapes 20-30 years ago indicates that I didn’t realize this youthful indiscretion was blatantly wrong. Similarly, many people today have the opinion that if it’s on the internet it should be free. Just as years ago I didn’t consider that this was someone’s work product, for which he/she deserved to be compensated, many people today don’t consider that this is exactly the same as leaving a retail store without paying for merchandise.

3) Legal Gray Area Violators – The third group is comprised of people or companies who THINK they’re doing the right thing, because they have paid for the music they are streaming (e.g., Spotify). In reality, they are illegally transmitting the music as hold music on their telephone lines or music ambiance in their retail establishment without paying licensing fees to a PRO (Performing Rights Organization, e.g., ASCAP) for the right to transmit this music. Therefore, the copyright owner(s) aren’t receiving the royalties they are due.

If you are a fan of our music or music in general and you fall into groups #2 or #3 above, I would ask that you take steps to start listening to music legally. As musicians such as Bono address violators in Group #1 and these company’s business practices are made public, I am hopeful that public opinion will shape future compliance among this group.