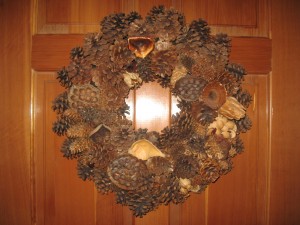 At it’s root, creativity is all about bringing something new to life. Whether it is…

All are examples of creativity.

Creativity is a characteristic all humans crave. While some people crave creativity more profoundly than others, even someone who performs very analytical work tasks needs the outlet of creativity. I feel expressing creativity is a motivating factor in human development and is important enough that Abraham Maslow should have articulated this as one of the motivating needs in his well-known “Hierarchy of Needs” pyramid.

The root of Maslow’s theory of motivation (which was initially introduced in 1943 and formally introduced in 1954, as the Hierarchy of Needs) is that needs that have not been met are what motivates us. According to his theory, if a person’s fundamental needs are not satisfied, then the individual will be motivated to satisfy them. He further theorized that each level of needs–from physiological needs to self-actualization–form the foundation for satisfying the next level’s needs. When a need is satisfied, it no longer motivates, thus the next higher need takes its place.

While some might try to convince me that creativity could be slotted into “esteem needs”, I would argue that while some people do create for recognition or social status, I don’t feel that is the driving motivator for all creativity. Some would point out that Maslow later modified his hierarchy to include 3 additional levels: knowledge, aesthetics, and transcendence, and creativity naturally would fall into fulfilling “aesthetic needs”. To that argument I point out that not all that is created is beautiful or of nature.

Which brings me to the conclusion that creativity was an overlooked need in Maslow’s Hierarchy. As humans, we need to create. Whether it’s making a lump of clay into a sculpture or neatly organizing data in a table of information that is easily read and understood by others. We are motivated to create.

What do you think?