I grew up on a farm. Last week I was home while my family was harvesting their wheat crop. As I reminisced about childhood memories of harvests from years gone by, rode along with my father as he drove the combine around the field, and marveled at the advances in technology and farm equipment in the decades since I was a child, I thought about the parallels between the release of Eclectic Verve’s second album and harvest for a farmer.
[break][break]

Life of a Farmer

A farmer plans all year for harvest. He plans his crop rotation, plows the field, plants the seed, fertilizes the crop, mitigates weeds and pests as necessary, prays for proper weather, harvests his crop, and then he sells his crop.
[break][break]

Life of a Singer / Songwriter

A singer/songwriter takes similar steps to make his music commercially available. Kent began planning and writing the songs for I Wanna, Iguana! in November 2012. He prepared his songwriting landscape by creating the song structure, planted the seeds of what the song would become as he wrote lyrics, he allowed the song ideas to germinate and fertilized his ideas by allowing himself to mull over the songs in the back of his mind and soliciting input from me. Where necessary, he mitigated weeds and pests by rewriting and tweaking the song structure and lyrics to allow his crop (aka song) to mature to the song’s best potential. Along the way, he hoped for the proper conditions to bring this album to fruition. We harvested our crop when we turned it over to the CD replicator to create commercially available sound recordings. Today, July 11th, we begin selling Eclectic Verve’s latest “crop”, our second album, I Wanna, Iguana!
[break][break]

We’ve received some great feedback from people who have listened to the tracks and pre-ordered our new album. We’re sure you’ll enjoy it as well. Buy today at this link! 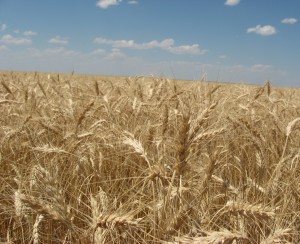