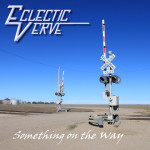 With the release of our debut CD barely in our rearview mirror, Kent has begun writing music for our next album. As we look forward to our next release, I’ve found myself doing quick “lessons learned” analysis regarding the process we’ve just completed.

One consideration is weighing the importance of using an iconic logo vs. creating a new logo incorporated into the unique artwork for each album. Generally with corporate branding, the rule is same, same, same, same. Same color, same font, same size, same placement. However, with albums, some artists have expressed ingenuity and taken a lot of creative license with their band logos as a component of their album artwork. Sometimes the only branding similarity is the band name is spelled the same.

We found bands in both camps and some straddling the fence. 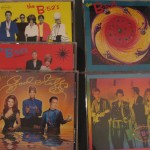 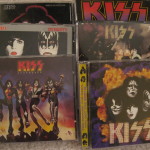 The logos of the B-52’s and KISS were the same on all their albums. They used the same font, while incorporating different colors and backgrounds to give each album its own personality. 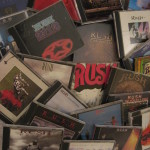 RUSH and Collective Soul, on the other hand, created highly unique covers with each new release. The band names are spelled the same, and in some cases the placement might be similar, but font, color, and size are all different. 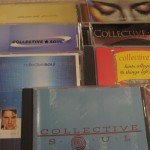 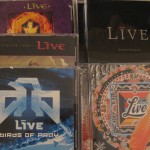 Bands like Live, give a flavor for both approaches – sometimes sticking with their iconic logo and in other instances deviating a bit to make things interesting.

So what’s the best approach? Is it important to establish a solid brand that is as easily identified as the Nike swoosh and the Coca-Cola script or does the name of the band stand alone, and each album is free to have its own unique identity?

Fun related topic from Andy Sernovitz: “How to Create a Useful Logo”.